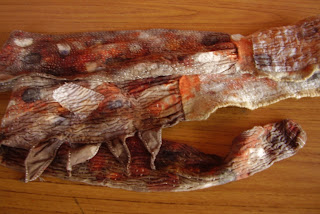 The scarf I have been working on which started life as a pair of white wool leggings is finally finished, dyed and up for sale on Etsy.
See here for what it looked like back in the beginning.
I do have another pair............
Posted by Trace Willans at 11:25 PM 2 comments:

Blog of the Week

This is still my all time favourite novel. Which I may have to buy again as my copy seems to have misplaced itself.
And this is the blog of Terri Windling the author and so much more.
I highly recommend you spend some time wandering around and getting acquainted. This Page will give you a speil on the story.
And of course it is available Amazon but I would do a search here and see what you can find.
x te
Posted by Trace Willans at 8:28 PM 1 comment: 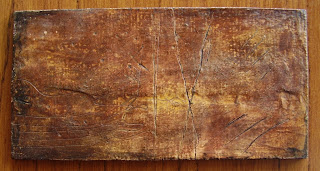 So the word is out, India and I plus friends will be sharing a house in the Blue Mountains next April while going to Contextart doing the Encaustic workshop with the wonderful Trish Baldwin
Get more snippets of info over at India's blog.
It's gunna be a hoot.
x te
Posted by Trace Willans at 4:34 PM 4 comments: 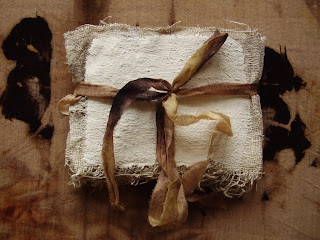 Little Concertina Journal
Just signed up to do a workshop with the lovely Trish at the TAFTA Forum in The Blue Mountains next year so now I must sell off some of me wares so I can pay for these wonderful experiences. 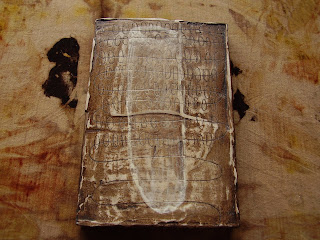 Remember
So these three have just been listed on Etsy 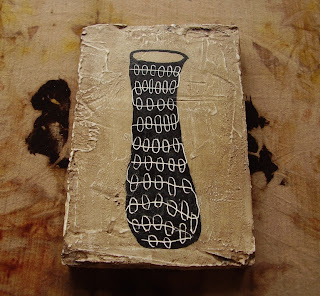 Saturday night Dan and I went to the Gorge Restaurant in Launceston for my birthday dinner and we were so glad we did. And it's a bit of an adventure as well.
It began by winding our way through the dark streets to the carpark out the back and then the long descent down many flights of stairs to the restaurant itself. Right then I decided maybe just 1 glass of wine with dinner!!!
Inside the wood fire was blazing in a very cosy room and we were lucky enough to get a table where a heater was blowing warm air under our table, it was on a cycle so every now and then there was a sudden blast of warm air that was very welcome.
I was pleased to see that they offered a seperate vegetarian menu, though upon reading it I was not inspired to order from it. The main menu read so deliciously that the vegetarian alternative seemed a bit uninspiring.
So on to the food.
To begin we ordered the Creamy Seafood Chowder which was divine, absolutely chock full of flavour though it would have been nice if it had come with a piece of bread, and the Calamari and salad which again was beautifully cooked. We both ate half and then swapped.
Mains I had the Sea Run Trout and Dan the Seafood Steak, both beautifully cooked. Best of all we still had a timy bit of room for dessert.
A flourless banana pudding with Toffee Sauce (and icecream if you ask nicely) but I had the dou of Creme Brulee and it was awesome, two little cups of yumsh, one with the usual and one with an extraordinary coconut creme brulee. So so good.
We were most impressed that every course was good and we were more than happy to pay the bill. Which I find most unusual these days.
Dan thinks we should return for his birthday dinner just to be sure.
x te
Posted by Trace Willans at 4:25 PM 4 comments:

Happy Birthday to me

It's my birthday today. I am 49 years old and so glad to be here.
So today will be a day of reflection, of looking back to see just how far I have come.
And it sure is a long way baby.
I am most definitely happier now than I have ever been before.
I would not go back to being younger no way.
It took much damned effort to get this far.
And I am loving it.
Finally I am old enough to realise it is ok, in fact more than ok, it is mandatory that I focus on me, on what I want from this life. Time is ticking away and it is my responsibility to get the most out of what I have been given, no whining at the end that I didn't get the opportunities to do, well whatever the hell I want frankly.
So here I go, plunging headfirst into my 50th year of life, and loving it.
Oh but first I have to finish making the birthday cake to share with my co-studio mates.
x te 49 an kicking ass.
Posted by Trace Willans at 5:45 PM 5 comments:

New Work Busting out all Over

My latest collection of finished pieces they are a result of the plaster workshop I have been doing.
They are available for sale in my studio.
I am unsure about putting them in my Etsy shop.
It's the postage that is always the issue.
But if anyone sees anything they like just let me know.
Love the detail
and the texture is awesome

and a little book to finish. spots of walnut ink covered in beeswax held together with plaster.
so much fun
Posted by Trace Willans at 12:40 AM 2 comments:

Where I fell in Love this week

Love love love this blog, Michele Meister and she is just across the creek very near to where I stay when I am up in Melbourne. I am mostly totally enamoured of all the girl wolf pictures which I read in one of the post are an exploration of the Little Red Riding Hood Fairytale.

Isn't this just fantastic? I love the way she has taken the concept and run it way outside the original framework. A lesson for me that a deeper exploration of ideas as opposed to literal illustration can really expand you in so many ways.
Posted by Trace Willans at 6:03 PM 3 comments: 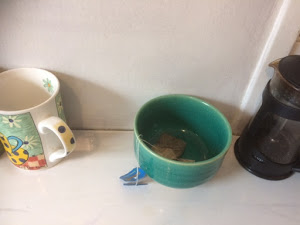 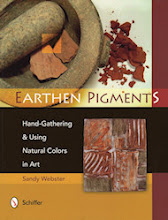